We are surrounded by numbers, our lives are full of them, from shopping, sport and the media.

Television is full of numbers, obviously you have Countdown, staple viewing for the retired and students, with it’s numbers round. Then you have 8 out of ten cats, a show based around statistics. Also “8 out of ten cats does countdown” for all the people who have graduated and have started work, who can see countdown but with funnier people on. Add to this the “Top 50…” shows as well. There is always that problem on TV when you start watching a “Top 50…” program, that you need to keep watching it to the end, even if it goes on for a bit longer than you want. If you have music channels, they often play the top 10 songs by a particular artist. We seem compelled to keep watching to see if our favourite will match the order chosen. For over 50 years we have had the charts fro the best selling single each week, often with young people eager to see if their chosen pop star will be at number one.

Sport is full of numbers, generating piles and piles of wonderful statistics, number of games played, goals scored, wickets taken. It doesn’t need to just stop there, we can compare the numbers over a life time, or just a season, compare the two and argue about who has the best statistics over all. On another side of sport you have the odds offered by the bookmakers, who seem to have taken control of Ray Winston, and will offer odds on almost any eventuality and will even let you bet “in play” if that is what you really want to do.

Advertisers of course want to make us feel good with the numbers they tell us, double discount sales, 2 for 1 offers, 40% off, all to try and convince us that the numbers make sense, and that if we get their product we will some how of won. I think that is at the heart of all the numbers, we want to try and be able to show who is winning in life. Then we would really like it to be us that is winning. The numbers we use may change over time, but we often still use numbers. It could have been that you could measure how many stickers you had in your World Cup sticker album that you could use to measure yourself against others, now it is more likely to be how many followers you have on twitter or friends on facebook. 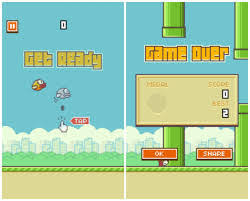 Computer games have always used numbers to tell you how well you are doing, from the score on pong to the number of lines you got on Tetris, right up to your high score on Flappy birds. We have a clear way to tell how good (or not) you are at a particular game.

I think that we can use the numbers round from countdown as a good model for life. In the game you first of all choose numbers, then you are given a target to aim for, using those numbers and simple mathematical functions which has to be done in 30 seconds. We have numbers given to us in life, our skills, talents and opportunities. We also often have a goal that we are aiming for, which could be anything from a short term, to a long term aim. We then try to get our skills, talents and opportunities to get us to the target before time runs out. There are often multiple ways to reach the same solution, both in countdown and in life. If we don’t get there exactly, we might get a few points for being close, we may not always reach our goals, but sometimes getting close is enough. However, like countdown it can some times be impossible to get to the target with the numbers we are given, and we are destined to fall short. More often though, we just think that it is impossible, where we just need to see the answer.

At Chennai Challenge we aim to help people, some of those people can feel like they can never reach the target that has been set. We are aiming to give them more numbers to use and to show them how to use them. Our aim is to develop people in their skills and capabilities, people in India and people in the UK, to give them a better chance at reaching the target in the future. If you want to be a part of helping, then why not donate?